The future for Carrie 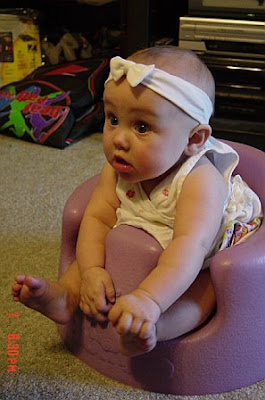 Uggh. What a crappy year! This is the year my son became a father and a divorcee', all well before his 16th birthday! God, talk about me feeling sorry for my granddaughter, Madison or "Carrie".

She was doomed from the beginning. Her mother is bisexual and a serial cheater, as well as a developing addict. Not to mention her tyrannical hypocrite as a father! God, my poor baby!

But I have developed pretty much the same philosophy of my dad...Nick screwed and he can fix it on his own. I did the best I could. I tried to give him a little structure, none of which he had. He thought that getting married to his little flower child cloaked as a country girl was going to make up for something he missed with his birth mom. Sheesh. Psychological problems you say? Unresolved issues? Build a bridge and get over it.

Everybody has problems and issues. Everyone is abused, blah blah. You know what? Get busy living or get busy dying. Enough said on my part!
Posted by Louie at 12:25:00 AM

SIOP--the way it should be done!

Music that shaped my "early adulthood". The trap I won't let my kids fall into......

The future of bilingual education...and Universal Design for Sheltered Instruction

Louie
Just what you see. Redneck mom of five and grad student with issues